The idea behind the second DigiEU project’s result, the game app called Garden-App, has proved to be very interesting since the very beginning of the programming works.

The very first and broad assumptions were that the game would present an isometric view to the player with a limited number of fields. The fields were supposed to act as placeholders for further activities. Among those, the focus was not only on planting or harvesting but also on other required tasks that one would normally do in the real world.

Here is what the very initial sketch of the game looked like:

As the platform for game development is concerned, and open-source Godot platform was used. Godot is supported by GDScript programming language and is a framework that allows to create both 2D and 3D games that can be published to many different devices, including websites.

Then it was needed to get the graphic designer to draw all the plants we wanted to cover. It is important to mention that the plants were expected to cover all countries from the partnership.

After that, all the mechanisms were to be coded in the game. The main principle is that the player starts with a fixed amount of money that can be spent according to one’s will. Each additional field has a price, the same goes for seeds of different plants. The player advances to the next weeks, so the game is also time-based. What it means is that the player gets the best score (earns money) when the calendar for specific plants is followed accurately. When it is the best time to plant strawberries? When to harvest them? If the player manages the garden in line with the reality, it is reflected in earnings, and earnings mean that the garden can be expanded, and more plants can be planted.

The final version of the launch screen of the game is shown below:

Here is the start of the game as seen by the players:

The game is available in English, Greek, Italian, Polish, Portuguese, and Romanian. It can be downloaded from the following addresses: 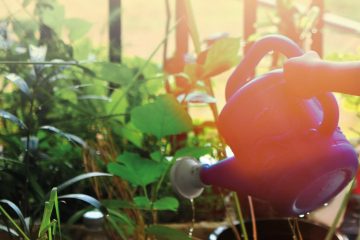 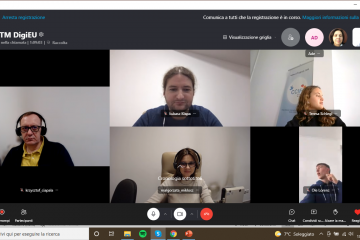 The last transnational meeting of the “Digital Garden for European Schools-DigiEU” project n. 2019-41-IT02-KA201-062276 just ended yesterday and took place online. In view of the worsening epidemic situation and with increasing restrictions in each European Read more…